Saturday, April 21st at The State Theatre in Traverse City 2018 Joke Jam winners Josh Paul and Scotty Bruce will be opening for nationally touring comedian Stewart Huff.  All proceeds from the event will continue to support the sponsor charities Cherryland Humane Society, Polestar LBGTQ Center, Norte and FLOW (For the Love of Water).  Come out to laugh and support these local non-profits. 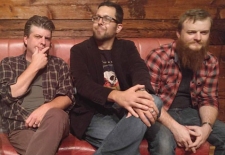 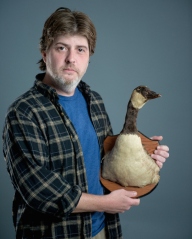 nationally touring comedian Stewart Huff.  You can get your tickets now at the State Theatre or Bijou by the Bay or just follow this link

Monday, April 9th 8 wonderful local Semi-Finalists put on an amazing show for a standing room only crowd at The Workshop Brewing Company.  The non-profit judges from Cherryland Humane Society, Polestar LBGTQ Center, FLOW (For the Love of Water) and Norte had a hard time deciding with final votes coming within a point.  The finalists moving on to the Final round at Grand Traverse Distillery Tasting Room on April 17th are Gary Langley, JR Williams, Joshua Paul, and Scotty Bruce.  In case you missed the show don’t miss the highlights from these four wonderfully talented comedians.

Tomorrow (Monday, April 9th) at The Workshop Brewing Company you will get to see all 8 of the Joke Jam 2018 finalists compete for one of 4 top spots in the Finals.  Once again you’ll be able to vote for your favorite with your dollars.  This week the money will be going to all four supporting charities; Cherryland Humane Society, FLOW (For the Love of Water), Norte and Polestar LBGTQ Center.

The round 4 Joke Jam winners were Josh Paul (Judge Winner) and Kelly Clark (Audience Winner).  Check out some of the highlights from the show.

On Monday, March 26th there were six competitors that came out for the 3rd Round of the Joke Jam.  More than $150 was raised for Polestar LBGTQ Center at The Workshop Brewing Company.  Tara Stoffel the Judge Winner and JR Williams the Audience Winner will be advancing to the semi-final on Monday, April 9th at The Workshop Brewing Company.  Don’t miss the final preliminary round of the Joke Jam at Grand Traverse Distillery Tasting Room on Tuesday, April 2nd.

Way to go Judge Winner Scotty Bruce and Audience Winner Agnes Jury.  Scotty got friendly with crowd and Agnes told us the unexpected reason she doesn’t want to be responsible for the lawn maintenance.  In the second round of the Joke Jam at Grand Traverse Distillery Tasting Room more than $240 was raised for Cherryland Humane Society.  Check out the highlights from this week’s comedians below.

In case you missed the first round of Joke Jam 2018 there were 5 great competitors who delivered some great comedy.  Sonja Baker walked away with the audience vote with $39.25.  Gary Langley received the Judge vote.  Both of them will advance to the Semi-Finals on April 9th at The Workshop Brewing Company.

Check out a couple of highlights from the evening.

The winner of the competition (AKA: “The Joke Jam Grand Joker”) will go on to perform as the opening act for Headliner Stewart Huff at the TC Charity Joke Jam Grand Finale at the State Theatre in Traverse City on 4/21/18! Tickets are available in advance for the finale event for $15 at State and Bijou

Traverse City: Starting March 12th, The Traverse City Comedy Collective will be presenting the 2018 TC Charity Joke Jam!: a Stand-Up Comedy Competition and Local Non-Profit fundraising effort that will be held over a six week period at the Kamikaze Comedy and Rotten Cherries Open Mics (aka the “TC Comedy Collective”). The competition is open to local comedians and will be judged by a panel of four Non Profit organizations, who will split all the proceeds raised over the course of the six week series of events.

The winner of the competition (AKA: “The Joke Jam Grand Joker”) will go on to perform as the opening act for Headliner Stewart Huff at the TC Charity Joke Jam Grand Finale at the State Theatre in Traverse City on 4/21/18! Tickets are available in advance for the finale event for $15 at State and Bijou
The Traverse City Comedy Collective is made up of the local comedy groups Rotten Cherries Comedy Open Mic, Kamikaze Comedy and Good On Paper Improv. Each group presents comedy and performing arts in the Traverse City Area. We have joined forces to raise money for community non-profits and bring awareness to the vibrant and growing comedy scene n Northern Michigan.

Matt Zerilli: “We are pretty lucky to have such a supportive and hilarious comedy scene around here. We are always looking for ways to give back to this community that has been so supportive and accepting of us. These Open Mics have always been, and will always be, free to the public but, be sure to bring a few bucks to donate to your favorite charity and get ready to laugh!”

Jeremy West: “We have always said that competitive art is sort of silly, but this is a way to bring attention to all the funny people in Northern Michigan that are working hard to make this scene a hilarious place…we are really having a blast and want to share that with the community.”